What are herbal adaptogens teas?

What are herbal adaptogens teas?

We are surrounded by plants that often make life easier for us.

The chamomile that relieves us the scrambled stomach, the rosemary, whose smell in the stew tones us.

In addition to transporting us to an afternoon in the field, the ginger, which we sometimes add to our juice or smoothie, turmeric.

Which we have in the pantry because we have been told that it is very healthy, although we do not know very well why.

Some of these herbs, known as adaptogens, not only serve to bring flavor and color to our food.

But apparently can be good allies to tone us and improve our well-being.

Adaptogen plants are what superfoods are to food, that is, plants with particularly interesting properties for the body.

Related article: What are the benefits of ginger tea with lemon and honey?

The recent history of adaptogens dates from the Cold War.

In the late ’40s, the former Soviet Union and the United States were competing for their nuclear and space technologies.

Russian scientist Nicolai Lazarev was in charge of searching for substances that would enhance the performance of his comrades in a hostile and stressful environment.

It focuses on plants accustomed to harsh environments.

He believed that any organism able to thrive in the steppes of Siberia.

Or the high snow of the Andes must have developed special molecules to tolerate adversity.

And maybe that resistance to stress could be passed on to the humans who consumed them.

After analyzing thousands of compounds, he came up with what he was looking for.

Because of the overall adaptive function they produce in our body, he called them adaptogens.

How do herbal adaptogens work?

When you’re faced with a stressor (such as anxiety or pain), your body produces an immediate hormonal response to help you cope.

Such as releasing cortisol, which speeds up your heartbeat and gives you more energy.

When confronted with normal levels of stress (and the resulting stress hormones).

The body can regulate its response system to keep things under control.

However, continued stress – and the constant hormone spikes that accompany it – is confused with your body’s ability to effectively control the stress response.

Chronic long-term stress has quite severe effects on your health.

It refers to everything from headaches and stomach problems to weight gain with increased belly fat.

Pigmentation about how to help your body manage this stress is very important.

Which can have benefits for the whole body, enhance the immune system and overall well-being.

The power of adaptogens depends on their generality.

Unlike the conventional approach, of a medicine for a disease, the pathways of action of adaptogens are multiple.

In order to be considered adaptogenic, a substance must meet three criteria:

Which are the best herbal adaptogen teas?

This plant is also ideal for reducing stress, as it helps reduce the levels of cortisol, the hormone that, popularly.

It is known as “the stress hormone” and that causes the physical and psychic effects of this condition.

Because it controls cortisol release, Ashwagandha is a super food that is highly recommended to avoid insomnia.

Moreover, the components of this plant induce the REM phase of sleep, the phase in which we rest most profoundly.

It is a plant widely utilized as a toning and energizing agent.

In addition, it has antioxidant effects, so it helps to counteract cellular damage from premature aging.

And it turned out to be a great healer and energizing.

It is not a plant that usually has complications, and in fact, it is widely used.

But there are some cases that Astragalus should be avoided and of which we can list the contraindications.

For example, in the case of pregnancy or breastfeeding, its use should be avoided altogether.

In the case of pregnancy, although it is not considered one of the most dangerous abortive plants, there is a high risk.

Tulsi is a potent adaptogen that helps calm you when you are stressed.

Restore balance to a healthy functioning of your body and mind.

It assists you in dealing with different types of stress: physical, mental, infectious, chemical, metabolic and psychological/emotional.

The leaves act as a nerve tonic and contribute to memory improvement.

They also strengthen the stomach and digestive system in general.

The health benefits of licorice make this plant a medicinal treasure.

Which should be held in the home, dispensary if we want to have a natural remedy to relieve some non-serious disorders.

That affects the components of the family at one time or another.

Ginseng is a traditional Chinese medicine.

For this purpose, the root of the plant is used, with which the infusions are generally prepared.

Ginseng is generally used to combat colds and flu-like processes through its protection of the immune system against external bacteria.

It also reinforces the cardiovascular system and lowers blood pressure.

It is also attributed benefits in the reduction of cholesterol and triglycerides in the bloodstream.

The same is true for sugar, which helps to raise insulin thanks to its hypoglycemic properties.

Turmeric is a medicinal plant, curcuma longa (belonging to the same family as ginger).

The root of which has a characteristic orange or intense yellow color.

This powder-converted root, is what we usually know as a food condiment or coloring.

Turmeric is a spice obtained from a root native to southwestern India (South Asia and the Mediterranean), and which has a special golden brilliance.

The plant has been known for many years for its medicinal properties.

Here are some of its benefits. It has anti-inflammatory and antioxidant properties.

The properties of ginger for improved digestion are well documented.

It promotes the removal of bacteria and other harmful gut microorganisms.

Regular intake of ginger helps to improve the composition of the intestinal flora.

To avoid the appearance of intestinal rot which causes abdominal swelling.

This requires the use of probiotics. It helps with blood pressure.

The combination of stimulating sweat and blood circulation induces the blood to move to the periphery.

This makes it suitable for frostbites, high blood pressure and fever.

It is rich in antioxidants, which delay the aging process.

Maca acts like a central nervous system stimulant, with a proven ability to arouse sexual appetite.

It is a great energy restorer due to its importance in iron and vitamins B and C.

It is intended to combat states of weakness, lack of energy, and as a support in cases of anemia, asthenia, and to confer vigor and physical-mental endurance for athletes and hikers.

An adaptogen effect comparable to that of ginseng.

It is helpful in reducing stress, fighting fatigue and improving resiliency.

Again, it is revealed as an attractive support in general.

For people subjected to harsh efforts and sudden changes in temperature.

We should not take herbal adaptogens as a quick or miraculous cure, and we should be cautious.

Especially with children, if there is a pregnancy or if we are nursing.

In addition, if the person who wants to use them has a chronic illness.

It is always best to consult with your doctor to make sure that there will be no adverse effects.

Contraindications with other medications that we may be taking adaptogens are not going to help us go beyond our natural abilities.

To cope with life’s difficult times and encourages us to listen to our body when it tells us to slow down.

But they should never be considered a substitute for sleep, proper nutrition.

Or a much-needed change in life when things are not going well. 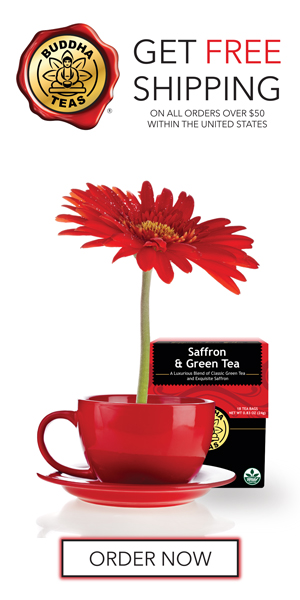