If you’re soon going to be a mom or know a pregnant woman, you’re aware that some foods and drinks aren’t completely safe during this stage of life.

This includes coffee due to its high caffeine content.

How about tea? It’s no secret that real tea also contains caffeine.

The amount depends on the type of tea you choose. So, is green tea good or bad during pregnancy?

Green tea is considered very healthy, but, on the other hand, contains caffeine.

It can be enjoyed during pregnancy, but consumption should be limited.

Three to four cups of green tea per day are still harmless.

Food is one of the factors that take on greater importance during pregnancy.

So it is essential that we are clear about which foods are most recommended and which will be necessary to avoid.

In this way, it is likely that you have ever wondered: can I drink green tea during pregnancy? , since theine or caffeine is one of the substances that most doubt.

Cons of green tea during pregnancy.

Undesirable components in tea during pregnancy.

Consequently, it is recommended to limit these teas with high levels of caffeine.

Teas with ingredients such as St. John’s Wort, Ginseng, Yarrow and Green tea and licorice are also on the list of undesirable during pregnancy.

If you are pregnant, you should also reduce your Chai tea consumption.

Some teas are conditionally undesirable throughout pregnancy.

Though there is no scientific evidence for this, some do not recommend drinking them during pregnancy.

Because of the possible side effects of certain ingredients in the tea.

Although a Rosehip is an excellent source of vitamin C and helps with immune resistance.

It is recommended not to drink it during pregnancy due to possible side effects that have not yet been scientifically verified.

Likewise, it is not advisable to drink green tea while you are breastfeeding your baby, as well as other types of tea.

And it is that theine or caffeine can be transmitted through breast milk and, therefore, cause adverse effects on the child.

Let me begin by explaining those that can be consumed without worrying during the gestation period.

First of all, do not forget that each organism is different, that no two pregnancies are the same and that despite the properties of plants and their effects on the body, you should consult this issue beforehand with a health professional.

It is regarded as one of the best infusions you can take if you are pregnant thanks to its innumerable anti-inflammatory, digestive, antiviral, antibiotic, antioxidant and even healing properties. It also helps to fall asleep and most importantly, it does not have any side effects.

Nothing like an infusion of hot tila to guarantee a quiet night’s sleep. It is also great for reducing anxiety levels, which will make you get some rest.

A great ally during pregnancy, because it will provide antioxidants and so on, it has many minerals and vitamins.

Taking it in the morning may help you get rid of vomiting and nausea.

It also tastes great to keep your breath fresh. But it has to be taken with caution.

There is a lot of evidence that ginger infusions are effective against vomiting and nausea (particularly in the morning).

Moreover, this tuber has wonderful antioxidant properties that promote the body, not to mention that it is rich in potassium, iron, magnesium, vitamin E, among other things.

These infusions are recognized for their effective relaxation effect.

Consuming them wisely can help you relax and rest better while you sleep at night.

Related article: What are the benefits of ginger tea with lemon and honey?

Infusions that you should be careful about during pregnancy.

Thanks to its attributes, it has become one of the preferred infusions in general, since it contains properties that favor digestion, eliminate the feeling of heaviness, inflammation and provide a relaxing effect.

However, it is recommended to consume no more than 2 cups per day, since it could lower the defenses if taken excessively.

Tea is known for its multiple properties and the benefits it provides; that’s why it is one of the most consumed drinks in the world.

However, during pregnancy this picture of advantages changes completely because all types of tea contains caffeine, a substance little recommended during the gestation period, since it does not favor the absorption of iron and folic acid.

Tea is great for us, but it can also be harmful if we buy without being aware of it.

You should be very careful and inform yourself of the properties they possess before ingesting them.

Ask someone who knows teas, share your doubts and most importantly: Avoid drinking teas indiscriminately. 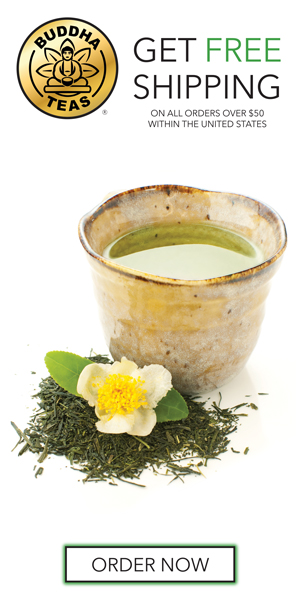