In the past, these ingredients were only used by Japanese monks, who consumed them during their meditation sessions.

They were consumed at the time because they claimed that one level of one or both of these elements could help detoxify the body during meditation processes.

A little later, they began to be used in ceremonial rituals, since they were supposed to attract harmony and purity in the body.

And now that their major contributions to the human body and body in terms of health have been discovered.

They can be found anywhere, from food and cosmetics.

Both ingredients come from the leaf of the Camellia Sinesis plant, the species used to produce green tea.

But their nutritional properties, taste, texture, realization and preparation is what make them different.

Related article: What are the benefits of Sencha Green Tea? Updated.

It is the most popular tea in Japan, accounting for almost 90% of all green tea in the country.

It is processed immediately after collection.

To do so, they use the steam and hot air, then wind repeatedly until they look like needles.

It has to be prepared in hot water, without boiling, and its taste is slightly astringent.

It’s a special tea and probably the best of all. It’s the type they use for the Japanese tea ceremony.

For its best elaborations Sencha tea leaves are used, which are removed from the stems, dried and ground in stone until they are reduced into fine powder.

The preparation of the infusion is unique.

The tea powder is deposited in the container, the warm water is poured and stirred with a bamboo rod mixer, until the desired consistency is attained.

It is drunk directly, without straining. Its flavor is very different from the rest, its dark green color and possesses an astringent flavor.

Related article: What is Matcha green tea latte good for?

For its nutritional properties, one cup of matcha tea is equivalent to ten cups of green tea infusion.

Since then, this ancient concentrate burns 25% more calories in the body, in addition to its high content of amino acids and potent antioxidants.

As far as the taste is concerned, they are easy to distinguish.

The pure teas are more bitter in the mouth and do not produce foam.

Unlike pure matcha, which has a very sweet taste, this is why it is very popular in gastronomy.

Even the texture of matcha can become far more creamy and softer than that of classic green tea.

On the other hand, both are excellent allies in terms of skin treatments, purifying it and liberating the body from toxins.

They are great to complement them with a balanced diet, they will help speed up metabolism and suppress hunger.

In addition to being an excellent vitamin and antioxidant enhancer, ideal for skin and preventing fine lines.

Without a doubt, both these old substances have endless benefits, try the one you love most and enjoy all their properties.

The biggest difference between Japanese Sencha green tea and Matcha green tea is related to the manner in which they are grown.

This has a real impact on what is in your tea, as we will see below.

There is a clear difference in flavor profiles between these two, taste Matcha green tea powder is glossy green, and the tea itself is often described as creamy.

As a result, after drinking it, it does not taste bitter.

On the other hand, Japanese green tea Sencha produces a dark green powder that is often characterized by an “herbal” flavor profile.

It is spicier than Matcha green tea. However, the Japanese Sencha green tea is stronger and refreshing.

Also, even the way tea is harvested and made is very different.

The key difference here is that with matcha green tea and stalks are removed before the leaves are ground to a fine powder.

In contrast, with Japanese green tea Sencha, the entire leaves are ground, including the stems and veins.

The extra manual work required to prepare Matcha green tea is one of the reasons why it usually has a higher price.

Related article: What does Japanese Green tea do for you? Updated

Lastly, a critical difference is the number of beneficial antioxidants (called catechins) in each cup of green tea.

As a rule, Sencha Japanese green tea has more antioxidants, and this is also a result of the cultivation method: more time in direct sunlight means more exposure to the sun, which means more healthy antioxidants.

As you can see, there are five key differences between Japanese Sencha Green Tea and Matcha Green Tea.

Factors such as how they are grown and harvested have a very real impact on taste, taste, caffeine content and anti-oxidant content.

This is undeniable proof that not all Japanese green teas are created the same way!

Whether you choose to drink Sencha Japanese green tea or Matcha green tea is definitely a matter of preference.

Naturally, Matcha and Sencha are not the only Japanese green teas available.

That’s when the difference in cultivation methods (see #1 above) really counts.

As Matcha green tea is grown in shade, it keeps more of its caffeine content.

In addition, it contains more L-Theanine, which explains the relaxing and meditative atmosphere that happens when consuming Matcha green tea. 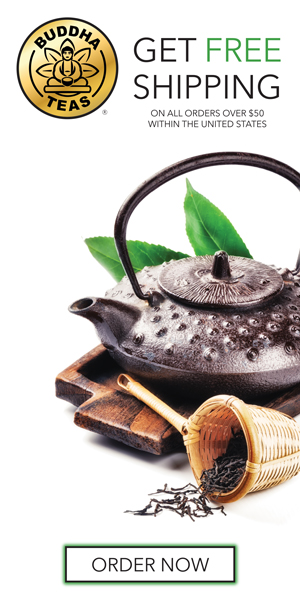