Ginger has remarkable medicinal uses, but just because it’s a natural product doesn’t make it right for everybody.

If you are suffering from hypertension and want to start treatment with this herb.

It is normal to wonder if ginger increases blood pressure.

Ginger has come to be considered a superfood because it is rich in antioxidants and its consumption can benefit health.

One of the benefits that have been attributed to ginger is that it helps control high blood pressure.

Like medications to control it, this root can block calcium channels to block its entry into the heart.

Ginger (Zingiber officinale) is a plant that belongs to the zingiberaceae family, and can reach up to 90 cm in height.

Its underground stem is a horizontal rhizome, which is highly appreciated for its aromatic properties and spicy taste.

Thus, what is typically used  ginger for cooking or for other purposes is its stem or roots.

In traditional Chinese medicine, for example, ginger has been used – and is widely used; in fact, for more than 2,000 years.

It is used to treat different symptoms or pathologies, such as: migraine, arthritis, diarrhea, colic and nausea.

As for its format of use or consumption, ginger can be taken dry, fresh or in tea.

You can also simply take advantage of its extract.

Orally ginger is well tolerated if we take doses below 5g/day.

If we take higher doses, there is a risk of certain adverse effects.

Contraindications of ginger for hypertensive patient.

Ginger can have the following side effects in people suffering from high blood pressure:

Strong Hypotensive: In principle, the consumption of ginger in any of its variants is discouraged if the patient is under a medicated treatment.

Since the combination of vasodilator drugs and ginger can lead to a very abrupt and dangerous decrease in blood pressure.

Powerful Anticoagulant: It is important to mention that some hypertensive patients usually consume anticoagulant medicines.

Although ginger shares this property, the combination of both elements could also be risky.

Bleeding: The consumption of ginger is discouraged in people with a tendency to suffer hemorrhages and late scarring.

For example, people with diabetes.

Related articles: What are the benefits of ginger tea with lemon and honey?

Under normal conditions, ginger does not present contraindications (in adequate amounts, which are not excessive).

However, when there is a basic pathology or a particular condition in the person who takes it.

Its use is contraindicated, since it could harm their health or cause some medical complication.

Thus, although ginger is used to treat different types of symptoms.

It is also true that it presents a series of contraindications that we must take into account.

The main contraindications of ginger are:

Although ginger is beneficial for unblocking blood vessels.

It is also true that too high a dose could cause the opposite effects.

In case you have a heart problem and want to consume ginger, an adequate dose / regimen of it would be to take it maximum 4 days, rested for a week.

However, you should always go to a specialist doctor to dispel these doubts.

If you are underweight.

The next of the contraindications of ginger is to be underweight.

This is because one of the effects of ginger is its slimming effect, through suppressing appetite, accelerating our digestive system and eliminating excess fat.

That is why, if we already have a low weight, it is not advisable to consume ginger, as it could harm our health.

While it is true that some believe that ginger can also be consumed while pregnant (it is said that it prevents morning sickness of pregnancy).

There is another line of opinions that goes precisely in the opposite direction.

In this second line, there is talk of possible hormonal alterations caused by ginger.

As well as the possibility of causing premature contractions.

On the other hand, in these cases ginger can also cause anticoagulant effects, so it would increase the possibility of bleeding.

It is for these reasons that ginger is usually contraindicated in cases of pregnancy.

The next of the contraindications of ginger is to suffer from hemophilia.

Remember that this disease prevents our blood from clotting properly.

These people bleed for long periods of time.

If ginger takes in these cases, it could happen that by stimulating the circulation of blood, a “shock” occurs in our body.

That is, ginger has anticoagulant effects, so if ingested, it does the same effect as the disease.

Which could cause bleeding, bruising and other complications.

That is why ginger should not be taken if you suffer from hemophilia.

If you want to increase muscle mass.

Related to the above contraindication, the consumption of ginger is also not recommended.

In cases of people who want to increase their muscle mass, since, as we have seen,.

This plant has a slimming effect, which would hinder such a purpose.

So, in this case, more than a contraindication, it is a non-recommendation

Although this home remedy can be an adjuvant for the treatment of hypertension, for no reason should it replace medical treatment.

Hypertension  poses serious problems that must be medically handled.

Therefore, no natural remedy, no matter how good, should replace the drugs or suggestions of the professional.

Also, combining ginger with medications can be risky, as there would be a potential for blocking calcium channels.

Which could cause a dangerous drop in blood pressure very harmful to health.

Related articles: What kind of herbal tea is good for blood pressure? 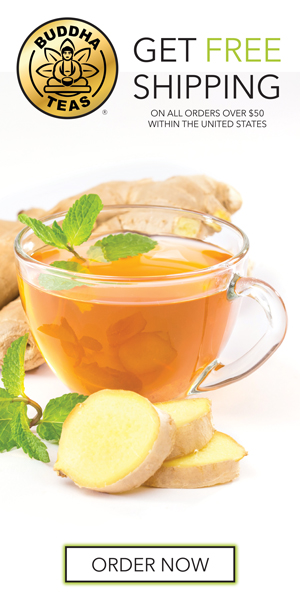 This post may contain affiliate links. It means I may make a small commission at extra cost to you  for any purchases made using them. For more info, click here.