What benefits does pomegranate tea have?

The health benefits of pomegranate tea consumption have been mainly associated with the presence of a group of substances called ‘polyphenols’, which are very abundant in plant foods and their derivatives such as juices, red wine, and tea.

A fruit, especially rich in polyphenols is pomegranate, these compounds, after being ingested, are transformed by the intestinal flora to give rise to other substances called urolithins which could be responsible for the benefits associated with pomegranate.

Pomegranate has immense medicinal properties and to make the most of them here we tell you how to prepare the famous pomegranate tea and highlight the benefits and properties.

It is usually most commonly used to treat diarrhea, infantile dysentery, intestinal parasites, and gastrointestinal disorders.

However, it is possible to consume it when you are healthy to benefit from all its properties.

The pomegranate is the fleshy fruit of the pomegranate (Punica granatum), a small tree no more than five meters high that acclimatizes very well to semi-arid areas of the Mediterranean such as the olive or orange tree.

The sight of pomegranate in bloom is so beautiful that it even earned the privilege of being part of the famous hanging gardens of Babylon, one of the seven wonders of the ancient world.

It is believed that the pomegranate is native to Iran, lands that for centuries were the sustenance of the ancient Persian civilization, and that its cultivation dates back to prehistoric times.

Spain is one of the world’s leading producers, after India and Iran, and the largest European exporter.

This production is mainly concentrated in Alicante and Murcia, where more and more territory is dedicated to the cultivation of organic pomegranates to respond to the growing demand of countries such as Germany and England. What benefits does pomegranate tea have?

This fruit can be consumed daily. Some studies indicate that it can lower cholesterol, reducing heart disease.

However, this is not its only benefit. Next, we will indicate other pomegranate tea benefits

Pomegranate is rich in tannins, which favors water absorption. Consequently, it fights intestinal problems such as diarrhea, as well as stomach pain.

Also, because it is rich in tannins, which are compounds that increase the absorption of water in the intestine, it helps fight diarrhea and childhood dysentery.

Another benefit of pomegranate is that they are also very useful to improve physical performance since it contains dietary nitrates that delay the onset of physical fatigue.

The consumption of pomegranate can reduce pain after intense physical activity.

In addition, its consumption has been linked to a better recovery of muscle strength.

According to a study conducted in Scotland by the University of Edinburgh, pomegranate can be a powerful sexual stimulant.

It is estimated that after two weeks of consumption, it can be as powerful as a blue pill. These benefits patients with erectile dysfunction.

Another excellent property that the pomegranate has is that it does not have cholesterol. So daily consumption doesn’t just affect it; it helps to lower it.

The pomegranate does not possess a gram of cholesterol when it enters the body, its components eliminate the cholesterol that is in your body, especially in the blood, and that so much damage does to various organs, especially the heart, that it will receive a much cleaner and purer blood.

Prevents problems in the mouth, teeth, and throat.

Pomegranate exerts an antibacterial action in the mouth, so it prevents the appearance of cavities, canker sores, stomatitis, gingivitis, and periodontitis.

Also, thanks to its anti-inflammatory effect, it helps relieve pain and prevent throat infections.

Thanks to its anti-inflammatory action, fiber content, and purine acid content, consuming pomegranate tea helps protect the heart from the onset of heart disease and lowers cholesterol and triglycerides in the blood.

In addition to this, it exerts a vasodilatory action at the level of the circulation, allowing the blood vessels to relax improving problems such as hemorrhoids and erectile dysfunction, and lowering blood pressure.

Pomegranate juice can reduce cartilage damage in those affected by arthritis. This fruit tea can decrease inflammation and fights enzymes that destroy cartilage.

A substance that prevents the uncontrolled proliferation of tumor cells and induces the death of cancer cells.

Due to its high amount of calcium and phosphorus, ingesting pomegranate helps bone development in children and adolescents, as well as manganese, which is a mineral of utmost importance for child growth.

In the case of the elderly, it helps prevent the emergence of osteoporosis.

Thanks to its high content of vitamins A, B, and C, as well as antioxidants, pomegranate promotes the growth of nails and hair. In addition to giving a softer appearance to the skin.

The immune system is strengthened after the consumption of pomegranate juice or tea, as it stimulates the body’s probiotics, which fight viral and bacterial infections.

Without a doubt, its antioxidant properties, as well as vitamins, boost your immunity. But, to take advantage of this benefit it is necessary to consume in the form of tea, juice, or infusion.

This is due to its high content of antioxidants and polyphenols that promote neurological health.

Some middle-aged patients have undergone scientific studies to discover the effectiveness of pomegranate juice, seeing how mild memory lapses have improved. Studies are still underway on Alzheimer’s patients.

With unsuitable lifestyle habits or age, the walls of the arteries are hard with cholesterol and other substances, causing blockages.

The antioxidant properties of a pomegranate prevent low-density lipoprotein or bad cholesterol from rusting.

This essentially means that pomegranates prevent the hardening of the walls of the arteries with excess fat, freeing the fat and pumping arteries with antioxidants.

Related article: Is Pomegranate tea good for you? Patients who take medications to lower blood pressure should be careful with pomegranate juice, as its consumption can lower their levels.

On the other hand, excessive consumption of this fruit can cause dizziness, as it contains a high dose of alkaloids.

Pomegranate fruit really is very beneficial to health, however, it can be dangerous if consumed along with certain medications.

The most sensible thing to do is to consult with your doctor to find out if you can consume pomegranate during your treatment.

In ancient times, the pomegranate was considered the fruit of love, fertility, and abundance.

Although it was a very symbolic issue, the truth is that its nutritional values show that it is an excellent food to help fill some deficiencies.

It emphasizes its content in plant estrogens, related to fertility. Besides, according to studies, helps prevent urological problems.

Also, it can help with erectile dysfunction problems.

Its dominant red color, which is due to its anthocyanin content, places it within the group of foods that improve circulation, prevent cancer, increase libido and protect the heart and urinary system, among others.

We recommend that you drink this enriched juice for at least a month, fasting. If you combine it with a balanced diet and exercise routine.

Not only will you feel better overall, but you’ll increase your chances of conceiving and doing so in optimal health.

More than a billion adults are overweight, according to the book* “Granada: The Most Medicinal Fruit”, by Robert A. Newman, Ephraim P. Lansky, and Melissa Lynn Block.

Because excess weight can cause many health problems, including the risk of heart disease and diabetes, it’s important to look for ways to reduce your weight and maintain a healthy lifestyle.

Green tea with pomegranate can be helpful for weight loss because it increases the metabolic rate, or thermogenesis, in your body.

Pomegranate is also an important source of biomolecules, which help fight the adverse effects of obesity and help bring the metabolic rate to an appropriate balance and functioning.

Conjugated linoleic acid in the fruit can also help the body lose pounds.

It can help lower insulin resistance and reduce inflammation in the body.

It is suggested to drink up to five cups of green tea with pomegranate to notice the effects.

BTW. Granada is Pomegranate in Spanish.

Prevents skin aging and regenerates dermis, pomegranate tea is an excellent beverage that is why women and some men love this red fruit.

Antioxidants like pomegranate eliminate oxidative stress deposited on the skin.

By leaving no trace of them, you will not have to worry about wrinkles before time.

So don’t hesitate to drink pomegranate tea or even eat the fruit directly.

As if it wasn’t enough, pomegranate has particles in its composition that protect the skin against UV rays (2), one of the causes of premature aging and also skin cancer.

Related article: Why are fruit teas good for you? 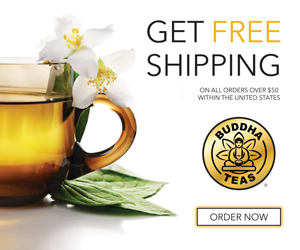