There are always many doubts around tea types and the question that always comes to mind is What is the difference between Black tea vs Green tea?

In reality, there are almost as many types of tea as there are producers, as the processes of cultivation, harvesting, drying, fermenting, mixing, packaging and marketing are endless.

The most popular are black tea and green tea, but there are other varieties depending on their production process – white, yellow, red, blue.

However, all teas come from the same plant, Camellia Sinensis. It doesn’t matter if it’s green, black, white, or red tea. The difference is its processing.

Tea leaves dry out and although many people think they are left to ferment, what actually happens is an oxidation-controlled humidity and temperature.

If the oxidation process is long, black tea is obtained, and if it is shorter, green tea.

How are teas different?

You may think it may be because of the colors of the leaves. But we will tell you that, as explained by the experts in Hindu teas.

They all come from the same plant, so their differences are mainly due to the process.

These same experts explain that the plant is the same and what makes a tea different from another is the process of elaboration since the degrees of oxidation change and the final product is granted different characteristics, flavors, properties, and benefits. Photo by Tima Miroshnichenko from Pexels

Different types of tea are processed differently, so their results are different is because the processes of making the same tea plant are different.

These same experts explain that the plant is the same and what makes a tea different from another is the process of elaboration.

Since the degrees of oxidation change and the final product is granted different characteristics, flavors, properties, and benefits.

Next, let’s look at the main differences between one tea and another.

Unlike the previous one, black tea is fermented and withered. First of all, it is withered, then ground, fermented, and finally put in the oven.

Thanks to these steps, black tea acquires a strong flavor, which gives it a higher theine index than the rest.

This type of tea is considered a natural and healthy energizer that can help reduce stress.

First of all, green tea is neither fermented nor withered, because when the leaves are plucked from the tree, they dry naturally, according to the experts of the Hindu brand.

Thus, when they are started, they are allowed to dry naturally, passed through the vaporizer, and passed to the oven.

Already in the oven, the heat kills the enzymes, and the fermentation that would cause the decomposition of the leaf is avoided.

It is because of this process that green tea has antioxidant properties that neutralize the harmful effects of free radicals.

In addition, this drink also acquires its green hue due to the process. Photo by Kampus Production from Pexels

The benefits of green tea come from antioxidant molecules called polyphenols, which include catechins, theaflavins, tannins, and flavonoids.

Both green and black tea contains l-theanine, an amino acid that contributes to the production of the relaxing neurotransmitter in the brain.

This combination makes tea increase alertness, just like coffee, but without nervousness.

Although there are variations, there is more concentration of l-theanine in green tea.

Green tea is known for its high content of catechins, especially a so-called epigallocatechin gallate (EGCG), which is supposed to be behind its health benefits.

In vitro, EGCG has been shown to inhibit the growth of cancer cells, and protect neurons from the inflammation behind Alzheimer’s.

It also prevents metabolic syndrome and fatty liver in mice.

Black tea is the only one that contains theaflavins, which are formed during oxidation, which are also antioxidants.

In mice, it has been seen that they can reduce cholesterol levels and improve circulation by preventing the formation of plaques in the arteries.

Green tea after being harvested carries an oxidation cutting process that is given with heat, either cooked or steamed and then allowed to dry.

Black tea withers decrease the moisture content, then the leaves are kneaded and rolled to bring the leaves to their maximum oxidation process, and finally goes into the oven to stop the oxidation.

In the case of wanting to replace coffee with tea we must understand that although black tea has more caffeine than green tea, this will only give us an additional boost of energy.

But the action of tea on concentration is due to theanine, which is a chemical compound that helps mental acuity, making you feel alert but without anxiety.

The tea, even if it is of the same type, can have different flavors, this is due to the region, the terroir, and the techniques that the producers use.

For example, Green Tea is mostly harvested in China and Japan.

In China, it can be from the high mountains or the coast, and each producer has his particular technique, which will give a special aroma and flavor.

In Japan, the leaves are always steamed unlike in China.

In Japan, it is also usually harvested in the shade, which helps preserve the green color of the leaf, which is why teas from Japan have that characteristic emerald color.

The most commercialized in Japan are Matcha and Gyokuro.

On the other hand, Black Tea is more common in China, India, and Sri Lanka. Among the regions will highlight the difference in flavors.

In India the profile will be more malt, chocolate, fruity or floral, and are called according to the region where they are harvested, the most popular are Assam, Darjeeling, and Nilgiri.

Sri Lankan teas, which are known worldwide as Ceylan are strong flavors with aromas of chocolate and spices. 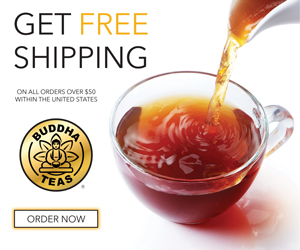